What is a "Neutral" conductor?

To an Engineer: A "neutral" is a current-carrying conductor that carries the unbalanced current in 3 phase systems, and is intentionally connected to ground. In North America, the neutral is color-coded white or gray for easy identification (see image below).

To a Developer or Owner: A neutral means 4 wires instead of 3, AKA increased cost!

As such, Pure Power is always on the lookout for ways to value engineer the Neutral conductor in our designs.

Engineers, electricians, and AHJs are accustomed to seeing a neutral conductor in three-phase circuits, and many engineers include them out of habit.  But that doesn't need to be the case!  Here I provide some pro tips for reducing (or eliminating) the cost of a neutral conductor from your solar project. Most importantly, the guidance provided here will ensure that your systems are future proof, safe and reliable. 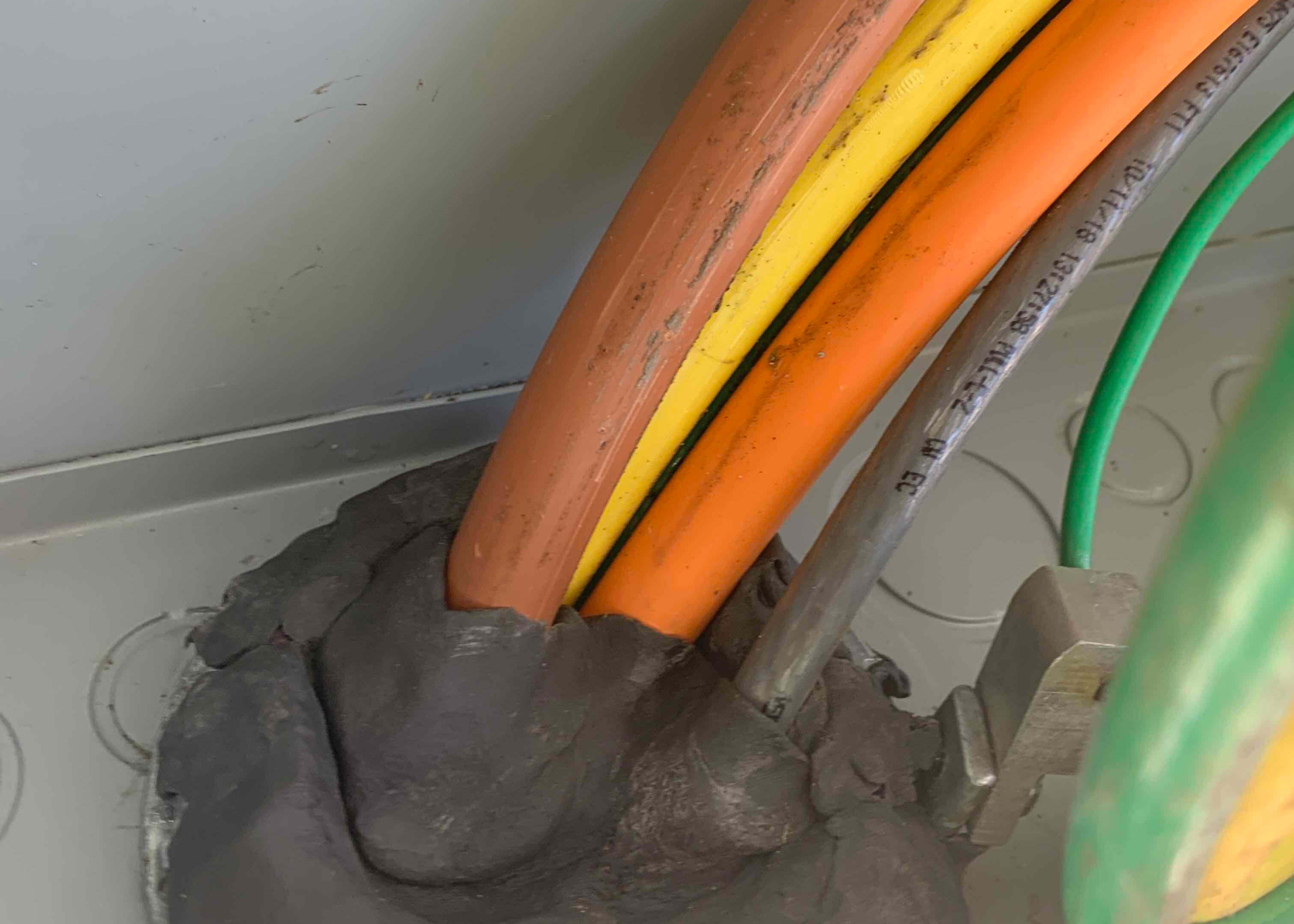 Because neutral requirements vary by manufacturer, it is important to review the inverter's installation manual to determine whether a value engineering opportunity exists. Below are two options:

Eliminating the Neutral:  Some three-phase string inverters do not require a neutral conductor to operate. This is due to the fact that PV inverters typically output balanced three-phase power, many allow the neutral to be omitted.

Reducing Neutral size (& cost):  For inverters that require a neutral, we rarely need a full size neutral, and we can reduce it by several wire gauges.  For example: Per a Yaskawa Solectria inverter installation manual, its inverter uses the neutral for voltage sensing only, meaning it does not carry current and can be reduced in size. 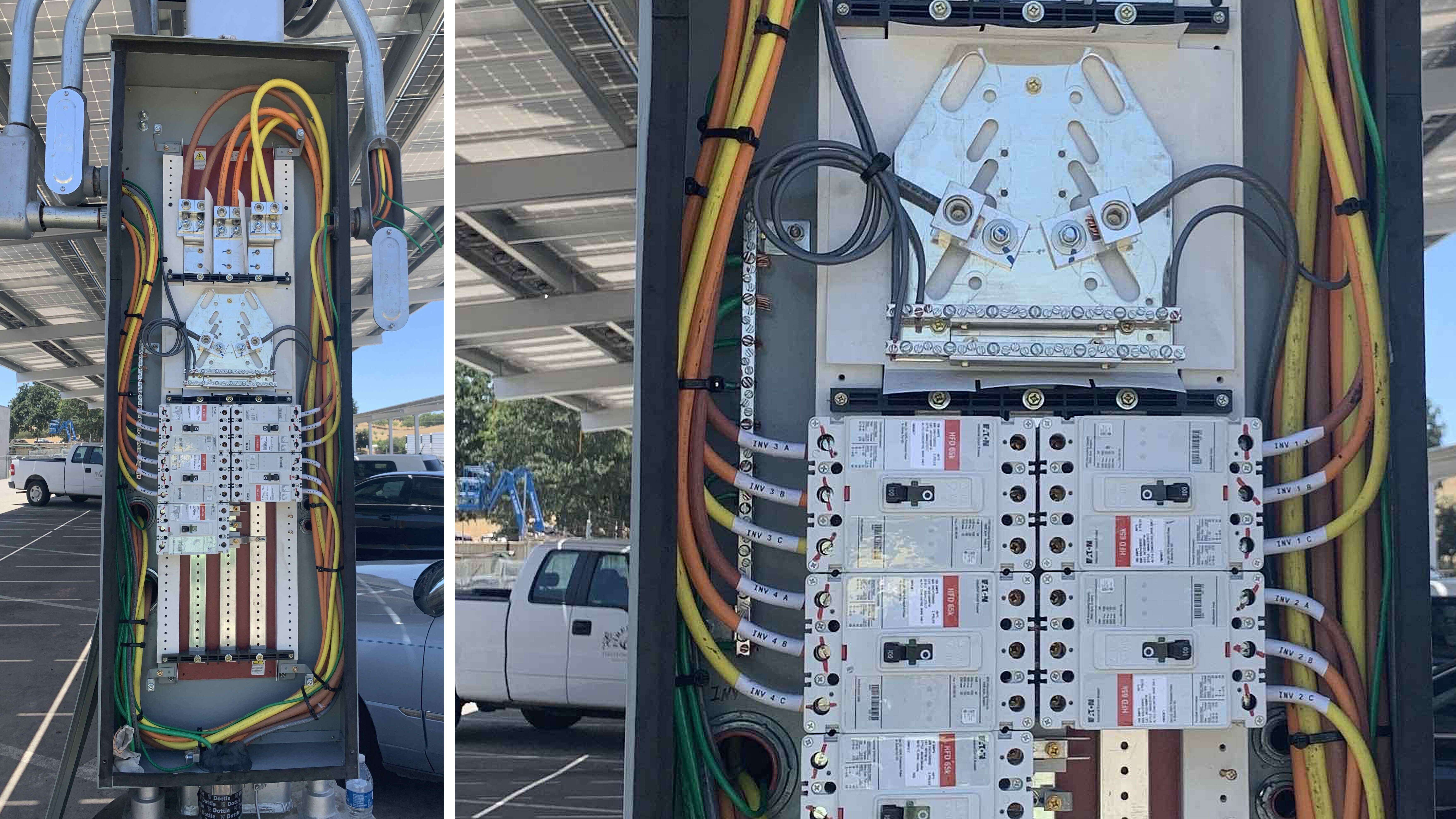 Multiple sections in the NEC support the strategic elimination or downsizing of the neutral conductor. As a background, Section 110 specifically states that, “Listed or labeled equipment shall be installed and used in accordance with any instructions included in the listing or labeling.”

Reducing the Neutral size (& cost): In the event that an install manual or AHJ requires a neutral, provisions in Article 705 limit the size of the neutral conductor.

NEC 2017, this allowance is found in Section 705.95(B): “A conductor used solely for instrumentation, voltage detection, or phase detection and connected to a single-phase or 3-phase interactive inverter, shall be permitted to be sized at less than the ampacity of the other current-carrying conductors and shall be sized equal to or larger than the equipment grounding conductor.”

NEC 2020: While relocated and slightly revised, section 705.28(C) states “a neutral used solely for instrumentation, voltage detection, or phase detection shall be permitted to be sized in accordance with 250.102.”

When NOT to Reduce or Eliminate the Neutral: Considerations for Adequacy and Future-Proofing

It is important to consider long-term system adequacy and future O&M activities.  We also want to be wary of AHJs during a final inspection that may decide they want the neutral, simply because that is what they are used to seeing.

For a multitude of reasons, we don't always recommend eliminating neutral conductors to inverter AC collector panel boards. First, monitoring equipment and auxiliary power supplies are often powered from inverter panelboards and require a neutral reference. Second, when it comes time to swap out the inverters 10 years down the road, you may need a neutral reference for the replacement equipment. Third, if an AHJ insists at the final inspection that you install a neutral—even though the inverter does not need a neutral—the scope of the rework will not extend throughout the facility but rather be limited to the inverter output circuits.

In supply-side (line-side) interconnections, we often recommend maintaining a full-sized neutral at the point of interconnection (POI) based on a holistic cost-benefit analysis. Technically, these conductors are on the utility side of the service. Utilities often have requirements that do not necessarily adhere to the NEC. The last thing you want to find out at the final inspection is that the utility requires a neutral, as this re-work will necessitate another shutdown. Given that this is often a relatively short conductor run, the benefit of eliminating or downsizing the neutral to the POI is small compared to the potential costs associated with a last-minute shutdown.

This entry was posted in Photovoltaics, PV, Utility Scale Solar by Conor Trujillo