Effective grounding in photovoltaic (PV) systems is the creation of a low-impedance reference to ground at the AC side of the inverter—or group of inverters—that is designed to be compatible with the distribution network’s requirements and existing grounding scheme. Utility companies often require effective grounding for commercial, industrial, or utility-scale PV distributed energy resources (DER) at the point of common coupling.

Engineering effective grounding appropriately is necessary due to its critical functionality during ground fault events. It is also a major interconnection challenge. Inherent complexities make effective grounding engineering a priority from the planning stage of a project and may guarantee a more cost-effective design.

Utility requirements for effective grounding play a key role in mitigating potential temporary overvoltages that may arise from PV inverters. When a line-to-ground fault occurs in a three-phase grid distribution system, substation equipment typically detects it and opens the related circuit. This effectively isolates a portion of the grid from the faulted section and is perceived as loss of a line at PV DER.

PV Systems During Ground Fault Events. To comply with standards established by the Institute of Electrical and Electronics Engineers (IEEE)—specifically, IEEE 1547—PV inverters connected to the grid will deenergize the distribution feeders immediately during certain abnormal grid operation scenarios, including grid line-to-ground faults and loss of a line. This function is referred to as anti-islanding and its response time is usually within a second of the event. As a protective feature, anti-islanding response can be highly effective. However, for large-scale three-phase PV DER, anti-islanding response times may not be fast enough.

Effective Grounding During Ground Fault Events. When substation equipment isolates a faulted line in the grid, it coincidently isolates the system ground reference for that grid section. During the brief moment it takes the PV DER to detect its islanded condition and disconnect, it will continue to power loads. If not equipped with appropriate effective grounding, it may also produce a potentially damaging temporary overvoltage (TOV) on the unfaulted lines.

Utility Company Accountability During Ground Fault Events. During TOV events, all neighboring circuits and equipment are at risk. A utility company may be held accountable for damages, regardless of what triggered the TOV. Therefore, the utility company may require effective grounding that is compatible with its own grounding infrastructure as an integral part of PV system design. These effective grounding requirements serve as a type of insurance.

Some variables in conventional IEEE effective grounding calculations are not defined for PV inverters. This forces equipment manufacturers, engineers, and utilities to identify these variables in the absence of defined standards. Moreover, during grid ground fault scenarios, PV inverter behavior differs significantly from that of conventional generators. 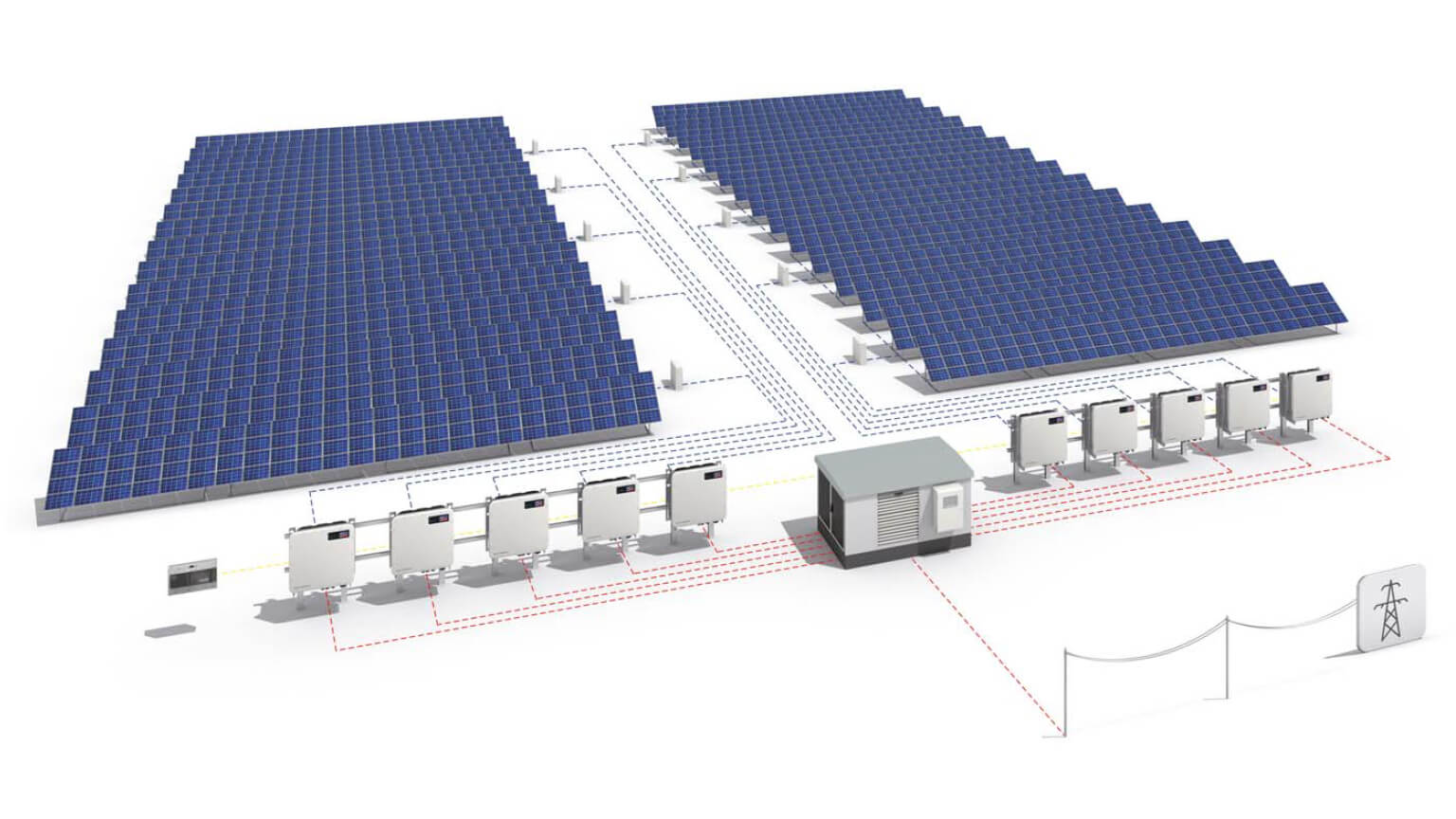 Modeling PV Inverters as Current-Regulated Sources. In 2017, IEEE approved a sixth part to IEEE C62.92 Guide for Application of Neutral Grounding in Electrical Utility Systems—Part VI: Systems Supplied by Current-Regulated Sources. Current-regulated sources are inverters per IEEE definition, and this standard takes into consideration the aforementioned differences between conventional generators and PV inverters.

Utility Modeling Requirements. Some utilities will have adopted the newer IEEE 62.92.6 Guide to define effective grounding. This is a highly contextualized model, albeit complex. Other utilities still use conventional generator-based ratios which may not be the most appropriate. Larger utilities may even have proprietary ratio calculations based on their specific load profiles and IEEE requirements, and may spell them out clearly for developers in their jurisdiction.

When to Begin. Utility requirements will determine the appropriate effective grounding configuration. Since there are no widely accepted industry standards, research must begin at the onset of project development to provide enough time for engineering. Some utilities can offer more guidance than others. Gathering data promptly provides more time for coordination and equipment specification.

Equipment Selection. Effective grounding can be accomplished through various hardware options defined by utility requirements, equipment lead times, and equipment preferences. If research was timely, effective grounding may even support equipment selection for the most cost-effective solutions. For example, is the PV system designed with string inverters—in which case a zig-zag transformer or a grounded-wye delta transformer may be used—or is it a central inverter with an integrated transformer, for which a grounding reactor is more adequate?

Reducing Cost and Complexity. Ensuring initially specified equipment is close to final approved equipment avoids costly iterations, where change requirements in transformers may add up to tens of thousands of dollars—not to mention potential delays in commissioning schedules and unnecessary headaches. If AHJ requirements are not clear, it is especially valuable to have an experienced team of engineers to navigate the process.